The LG G5, the latest version of LG Electronics’ flagship smartphone, is now in the Philippines and has arrived with a collection of companion devices dubbed as “LG Friends.”

The phone, which bagged a record-breaking number of 33 awards at this year’s Mobile World Congress, known to be the mobile industry’s “Oscars,” sports the brand’s first-ever Modular Type design, encased in a sleek metal aluminum body and a Slide-out Battery which can easily swap a depleted battery with a fully charged one. The G5 can be transformed into a digital camera, Hi-Fi player and more.

The 5.3-inch Quad HD IPS Quantum display on the LG G5 offers an Always-on feature, in which the main display continuously shows the time and date even when the G5 is in sleep mode. Photo by Melba Bernad

The LG G5 has two cameras on the rear: one with a standard 78-degree lens and another with a 135-degree wide angle lens, the widest available in any smartphone. The 135-degree lens on the LG G5 offers a viewing angle that is approximately 1.7 times wider than those of existing smartphone cameras and 15 degrees wider than the human eye’s field of view. The wide angle lens makes it easier for users to capture more landscape, taller buildings or larger groups without having to position oneself further from the subject.

The phone’s camera features include powerful photo effects including Pop-out Picture, Film Effect and Auto Shot. Pop-out Picture combines images taken by the standard and wide angle lens to create a picture-in-a-frame effect. Film Effect can apply nine different film emulators to an image while Auto Shot is an enhanced camera UX which automatically captures the perfect selfie shot when a face is recognized.

The LG G5 offers a slew of features which many smartphone users will find handy. For instance, the 5.3-inch Quad HD IPS Quantum display on the LG G5 offers an Always-on feature, in which the main display continuously shows the time and date even when the G5 is in sleep mode. This means that you can always see the time at a glance, even during important meetings or when your hands are full.

The LG G5 is also equipped with aptX HD, an enhanced codec that supports 24-bit sound over Bluetooth, delivering rich and clear sound over wireless connections without any loss. When paired with the LG TONE Platinum, users can experience superb quality Hi-Fi audio that sounds amazingly close to the original source.

LG says the G5 has longer battery life, thanks to the Low Power Location Estimation (LPLE) technology which enhances battery efficiency by as much as 41.9 percent by improving the power consumption related to location-based apps.

And if the battery runs out but you urgently need to use the phone, the LG G5 offers Quick Charge 3.0 for incredibly fast charging. By employing an intelligent algorithm, Quick Charge 3.0 is 27 percent faster and 45 percent more efficient than the previous generation.

With the G5, LG is introducing a smartphone ecosystem—the LG Playground. This comes with a wide range of companion devices, aptly called LG Friends. The devices can be connected to the G5 using the LG Friends Manager application which automatically detects nearby LG Friends and connects quickly and easily in just three simple steps, eliminating much of the hassle of pairing devices.

This is a versatile camera module that can be attached through the battery slot to deliver a comfortable grip and convenient control of a standalone camera. The LG CAM Plus provides physical buttons for power, shutter, record, zoom and LED indicator. It also offers intuitive auto focus and exposure lock, features usually found in standalone digital cameras. When attached to the LG G5, it provides an additional battery capacity of 1,200mAh to allow for longer shooting enjoyment.

LG Hi-Fi Plus with B&O PLAY

This is an innovative portable Hi-Fi DAC audio player developed in collaboration with B&O PLAY to meet the needs of those who enjoy top-notch sounds that are traditionally available in high-end audio devices. LG Hi-Fi Plus with B&O PLAY stands out for its simple yet elegant Scandinavian design and premium sound technology. In addition to the 32-bit Hi-Fi DAC up-sampling technology first introduced in the LG V10, it also supports 32-bit 384KHz high-definition audio playback. It can be used either as a module with the LG G5 or as a separate Hi-Fi DAC by connecting to any smartphone or PC.

This is a VR goggle that can connect to the G5 via a dedicated cable and simulate a 130-inch TV viewed from two meters away. It has a stylish and foldable design so that users can easily carry and watch VR content anytime, anywhere. Unlike other VR devices that require smartphones to be inserted in the device, the LG 360 VR weighs only 134g and is less than half as heavy as competing VR goggles while delivering a resolution of 639 ppi. The device is compatible with 360-degree images and videos captured with LG 360 CAM as well as all Google Cardboard content.

This is a compact 360-degree angle camera equipped with two 13-megapixel 200-degree wide angle cameras, 1,200mAh battery and 4GB internal memory, which can be supplemented by a microSD card. It can easily connect to the LG G5 and provides 2K video and 5.1 surround channel recording on three microphones, letting users effortlessly create high-quality 360-degree contents. Thanks to the partnership with Google, images taken with the 360 CAM can be uploaded to Google Street View and YouTube360, adding the fun of sharing creative contents with others. The images will also be available to view on the LG 360 VR or other devices that are capable of 360-degree content.

This is a companion device that rolls like a ball while capturing images and videos with its embedded 8-megapixel camera. It can be used as a monitoring system for the home, pet care companion as well as a remote control for compatible home appliances. With an IP camera connectable via Wi-Fi, users can remotely monitor the interior of their homes with the LG G5 via live streaming.

The LG TONE Platinum (model HBS-1100), the latest in the LG TONE Series, is a Bluetooth headset that has earned the Harman Kardon Platinum grade for its superior sound quality. It is also the world’s first Bluetooth headset equipped with aptX HDcodec, delivering lossless 24-bit audio for sound that is unrivalled in a wireless device.

This is a set of high-end earphones that are compatible with the high-quality sound of the LG Hi-Fi Plus with B&O PLAY. Designed for audiophiles, H3 by B&O PLAY works with all Android smartphones.

Here are the rest of the specs: 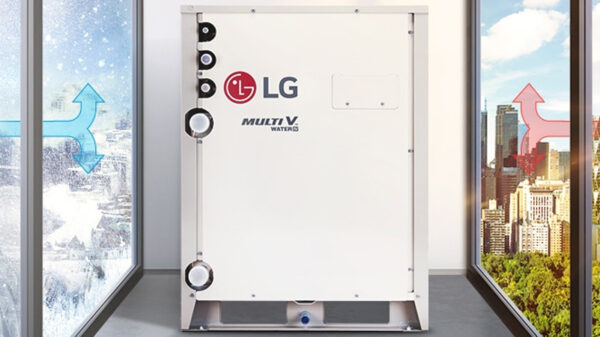 Anker’s Soundcore audio products beat rainy season challenges with powerful audio capability to let you enjoy any activity regardless of the weather. Designed with...

LG Philippines unveiled its new lineup of monitors and showcased its newest, powerful and most technologically advanced monitors yet.

From June 6 to June 8, Audiophiles can score Soundcore’s best-sounding earbuds to date — the Liberty 3 Pro, and the latest addition in the lineup...

Multi split home systems might seem like an extravagance for most, but it offers incredible features that add even more quality of life improvements...